Baltimore – On October 22, ABET installed the 2017-2018 Board of Directors. The new Board will lead the global accreditor of college and university programs in engineering, engineering technology, computing and applied and natural science.

The ABET Board of Directors has 13 members, including our executive director and CEO (non-voting), five officers, four area directors, two at-large directors and one public director. 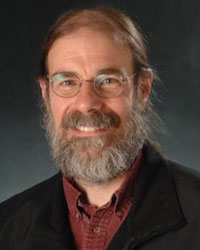 Lightner is a Life Fellow of IEEE, holding many leadership roles during his 47 years as a member and volunteer, including IEEE president and CEO in 2006. He is also a fellow of the American Institute for Medical and Biological Engineering. Some honors he has received include: College of Engineering Max Peters Award for Outstanding Service, John and Mercedes Peebles Innovation in Teaching Award, and the College of Engineering Hutchinson Award for Outstanding Teaching in the College.

A member of the ABET Board of Directors since 2008, he is a dedicated leader in our organization. His various positions include five years as ABET Director from IEEE and two years as ABET secretary. Committees that he has served on include Audit (member, then Chair), Governance (Chair), ad hoc Governance Group and ad hoc Rules of Procedure of the Board of Delegates.

Wayne R. Bergstrom, Ph.D., P.E., D.GE., is ABET Past-President. A Bechtel Distinguished Engineer at Bechtel Infrastructure and Power Corporation where he has served as a Principal Engineer on a wide variety of globally distributed power generation and transmission projects. He has 39 years of civil/geotechnical engineering experience in governmental, industrial and private practice employment.

Bergstrom is a licensed professional engineer in multiple states and has been granted certification as a Diplomate, Geotechnical Engineering by the Academy of Geo-Professionals. He holds civil engineering degrees from Michigan Technological University, Purdue University and the University of Michigan. A fellow of the American Society of Civil Engineers, he is also the 2013 recipient of ASCE’s Excellence in Civil Engineering Education Leadership Award.

Mary Leigh Wolfe, Ph.D., is ABET President-Elect. Wolfe has represented the American Society of Agricultural and Biological Engineers (ASABE) on the ABET Board of Directors since 2010. 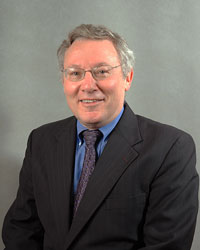 Stu is a fellow and a former president of ACM (The Association for Computing Machinery), a fellow and former president of CSAB, and a fellow of ABET. He began his accreditation-related work when CSAB first formed in the mid-1980s as the organization that accredited computer science programs, and he served on CSAB’s first accreditation commission. After computing accreditation became ABET’s responsibility, Stu continued his accreditation-related service activities. From 2009-2011, he chaired ABET’s Accreditation Council and from 2008-2009, he chaired ABET’s Computing Accreditation Commission (CAC). In 2012, Stu received ABET’s Linton E. Grinter Distinguished Service Award, ABET’s highest honor. Currently he serves on ABET’s Global Council and on its Grinter Award Committee.

Craig N. Musselman, P.E., will continue his second year of his third two-year term as ABET treasurer. Previously, Musselman was the representative director from the National Society of Professional Engineers (NSPE) on the ABET Board of Directors for four years, as well as a member of the ABET Finance Committee for two years. He has 41 years of experience in planning, design and construction administration of public works projects and is the President of CMA Engineers, Inc., a 25-person civil and environmental consulting engineering firm based in Portsmouth, NH.

ABET is a forward-thinking, purpose-driven organization recognized by the Council for Higher Education Accreditation. All over the world, ABET accredits college and university STEM programs committed to the quality of the education they provide their students.