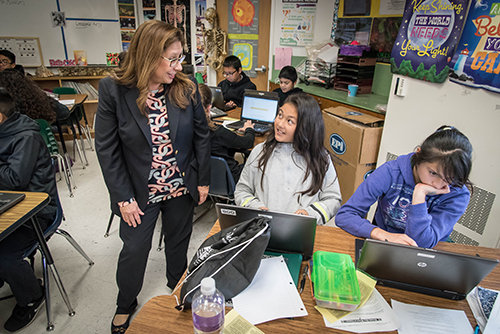 For Janice Zdankus, diversifying the Science, Technology, Engineering and Math (STEM) fields is essential to our world’s growth. Without these voices, industry and research lack insight and perspective on how to solve many of the world’s problems. This issue is becoming increasingly prevalent as technology employers are experiencing a shortage of qualified employees; however, many see helping underprivileged students to enter STEM professions as a way to combat this problem.

Zdankus knows what she’s talking about. A thirty-two year industry veteran, she is the Vice President of Quality on Hewlett Packard Enterprise’s (HPE) Customer Experience and Quality team. After graduating with Bachelor of Science degrees in Computer Science and Industrial Management from Purdue University, and later earning a MBA degree from Santa Clara University, she has developed a keen skill set in several fields, including software engineering and development, product marketing, strategic planning and customer support.

Advocating for a Growing Field

Ever since she began her path in computing, Zdankus has always been passionate about encouraging others to pursue a career in computer science and computer engineering. For women in particular, she sees herself as a good example of how they can succeed in a field where gendered numbers are slowly shrinking.

“The most effective ambassador for a role in engineering and computing can be a woman or minority who is in that role today, because it’s our job to be effective role models who are looking for people who ‘look like them,’ to be able to validate that the field has successful options in that,” she is quick to explain.

Since she graduated from Purdue University and started working for Hewlett-Packard (now split into two divisions, Hewlett Packard Enterprise and HP Inc.), Zdankus has been encouraging men and women in these underrepresented groups to pursue STEM professions. In 2015, she became a Board Member for the National Center for Women and Information Technology (NCWIT), a nonprofit that supports women to succeed in computing-related careers. She also acted as HPE’s Board Liaison for the National Action Council for Minorities in Engineering (NACME) for over nine years, another nonprofit which awards scholarships to highly qualified, underrepresented minority engineering students. That led to her involvement at ABET, years later. 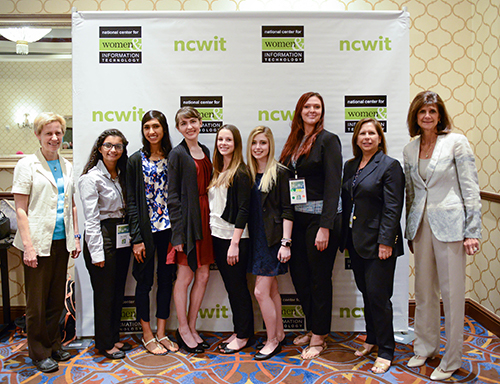 Her relationship with NACME is special, as one of Hewlett-Packard’s founders, David Packard, was a board member of NACME at the beginning of the organization’s development. Zdankus feels proud of her company’s efforts to combat inequalities in engineering fields. “It feels good to know we are a pioneer in the industry that placed a priority on inclusion and diversity from the get-go,” she ponders.

Zdankus’ work with NACME paved the way for her to found a new nonprofit, Curated Pathways™, which is housed under a subsidiary of the YWCA Silicon Valley and is in partnership with her alma maters Santa Clara University and Purdue University. Through the program, students use an application to “curate” their interests, ultimately guiding them to a career they may pursue. Using this technology lessens the chance for human bias and focuses their attention on activities and programs that truly produce outcomes, allowing students to find suitable career choices regardless of race, class or gender norms. 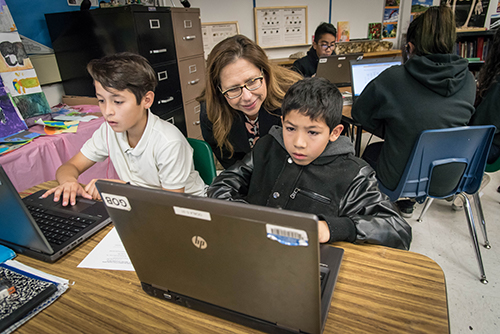 Zdankus is currently kicking off Curated Pathways™ at a middle school in the San Francisco Bay Area, where pressure to hire diverse employees is especially high. At the small school of just under 600, 74 percent of the students are Latino, and 84 percent qualify for free or reduced cost lunch, low socio-economic status. She is enthusiastic about the potential of changing these students’ lives, and, if successful, she hopes to have other schools eventually implement it nationwide.

In addition to working with these organizations, Zdankus also coaches young students. Of course, she believes careers in STEM fields are how millennials can make the most significant impact, and she lets her subjects know the value of these professions. 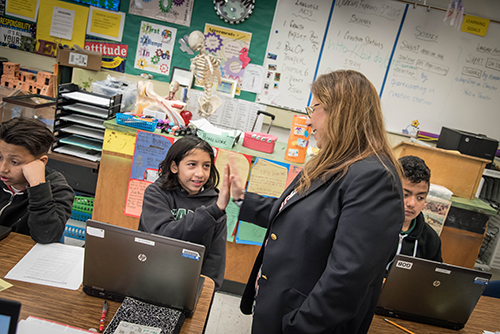 Although she may not be in the frontline saving lives, Zdankus’ role in support technology saves HPE’s customers many headaches. As the Vice President of Quality on HPE’s Customer Experience and Quality Team, Zdankus’ team ensures optimal customer experiences with HPE’s product, designing their information and support technology so customers have a better chance at quickly solving a problem on their own.

She made her way to this position after several roles within the company, including her start as a software development engineer and then making her way as a product marketing manager, support manager and director of engineering, among other positions. She says her roles as support manager and director of engineering were positions that prepared her most for her current role, as she was able to hear directly from HPE’s customers and understand what features they wanted in their products.

With an impressive track record, she became known in the company as a change agent, someone who has strategic thinking but who also has the ability to drive an organization forward to adopt and accept new technologies and new ways of doing business.

Her belief in using technology to enhance business, life and educational experiences reflects her ambition to create a more sustainable, efficient and advanced society. To Zdankus, it also shows how the quality of ABET-accredited STEM programs is increasingly more important, as graduating students will be using scientific advancements to change tomorrow’s world.

Janice Zdankus serves on the Industry Advisory Council (IAC) and sits on the Board of Directors. 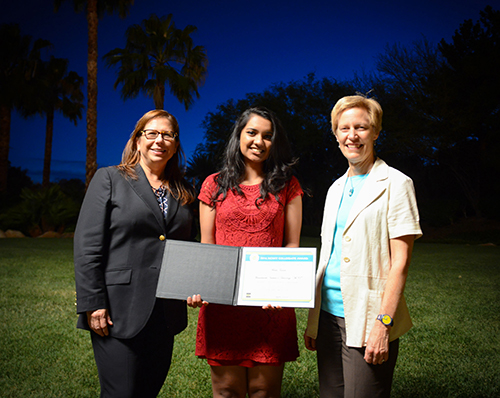