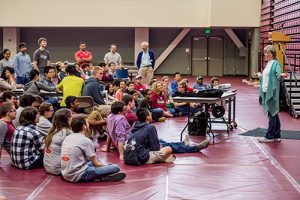 Sitting in the main hall at the American Society for Engineering Education (ASEE) Annual Conference to interview Patsy Brackin may have been a poor choice, on my part. Her easy-to-spot location poses her a magnet for her colleagues, who stop by to say hi to her in waves. Although it breaks up our own conversation, it is in situations like these that you can understand her best; Brackin is by all definition an extrovert, and her bubbly, magnetic personality truly shines through while talking to others.

With her sociable nature, it’s easy to see why she is a professor, and it is even more apparent when she begins sharing her career path. Researchers often tell educators that the most powerful way to engage a student’s memory is to share information by way of a story, and, whether intentional or not, Brackin does just this. After an hour or so, her life is boiled down to a few mini-moments that give a sense of where and who she is today.

From Teaching to Nuclear Engineering

Born and raised in Memphis, Tenn., Brackin’s career path wasn’t exactly clear. On her college application to the school she least wanted to attend, the University of Tennessee-Knoxville, she couldn’t find a major that was specific to teaching math, so she checked off one that she didn’t know anything about, but sounded intriguing to her — nuclear engineering. “I thought, that looks interesting, and so I checked it, because I thought well, it doesn’t really matter.”

But, it did matter. Brackin was accepted to all the schools she applied to, but the one that offered her the biggest scholarship, the one she was dead-set on not attending, was the University of Tennessee.

“I was convinced that my life was over,” she says, as she explains her dreams to get out of state, and attend a more selective school. “Turns out that wasn’t true at all.”

Brackin enrolled at the University of Tennessee the following fall. On her first day, the enormity and complexity of the campus caused her to arrive late to class. She was sitting in the first row, when her teacher Professor Lyday asked his students to draw an isometric view of a matchbox. Brackin became even more stressed; she had no clue what that was. After confessing that she didn’t know where to begin, she recalls her professor saying, “Don’t worry, I can teach you everything you need to know. Let me help you.”

For Brackin, this experience is one she keeps in mind while teaching today. “If he had said to me, ‘You shouldn’t be here, get out,’ I would’ve left engineering and done something else,” she explains. “So for me as a professor, I always think back to Mr. Lyday.”

On her second day at CBI, Brackin got a new nickname — Hot Pants. After she had been practicing electric welding for a few hours, she eventually took over and started doing it on her own. There were electric heaters in the shop, so when she felt her leg begin to warm, she assumed she had become too close to one. But she wasn’t anywhere near a heater. The welding process often creates flying sparks, and unluckily for her, her corduroy pants had caught a stray one. She had become so engrossed in her welding that she hadn’t noticed that her pants had caught on fire.

After beating the fire out on her corduroys with her gloves, and debating not telling anyone what had happened, she decided that the obviousness of a gaping hole in her pants, as well as a raw burn, required that she tell her manager. He had her call someone to bring in a brand-new pair of pants, and while she waited, she played with the idea of leaving and never coming back. However, the newly-graduated engineer stayed. After returning to work, she confessed to her colleagues, all men, what had happened, to which they replied, “’Yeah, we were wondering when you were going to notice.’” 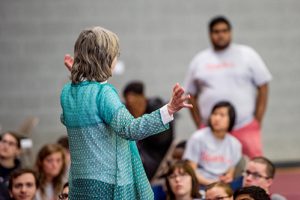 Although it was a stressful situation, it allowed her to gain more confidence in herself. “First off, I figured I could handle an emergency, and then the guys in the shop accepted me after that,” she recalls. “I talked to all the other engineers in the shop and they said they had all caught their pants on fire at some point. Back then, the shop guys knew it was going to happen, and they let it happen to show that you didn’t know everything.”

Being the second woman engineer to work at her firm was a constant reminder that her work was being scrutinized as well. In the drafting room, Brackin says the Head Draftsman showed her every mistake that her female predecessor, who had apparently walked in with an air of arrogance that didn’t sit well with her colleagues, had made. “One of the things I found is, when you’re the only woman, you’re more visible. If you screw up, you can’t be anonymous at all,” she explains. So Brackin made it clear from the beginning that she was there to learn, and because of this, and her gender, men would explain processes more in detail to her than to the other male engineers. This helped Brackin bond with her male colleagues, who would often ask her to ask their managers questions so they could understand processes better. It also became an outlet where Brackin could practice teaching others. 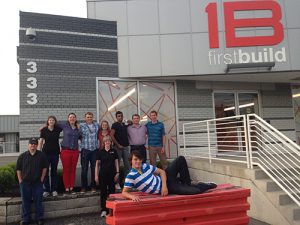 From Nuclear Engineering to Teaching

After a few years of working at CBI, Brackin taught a small, night design course at Christian Brothers University. The six students in her class, all incredibly motivated, and the design focus of the course, made her realize she wanted to become a professor.

“In my mid-life crisis, I went back to Georgia Tech to get a Ph.D. If I had known how difficult it was going to be, I would’ve never have done it.”

Brackin sold her house and left her job in order to carry out her studies, all while taking care of her three children and going through a divorce. After graduating from and working at Georgia Tech, a school dedicated to research, she decided she preferred teaching universities over research institutions and applied for a job at the Rose-Hulman Institute of Technology, where she is now a professor of mechanical engineering. At her previous institutions, Brackin was a well-regarded, organized faculty member. At Rose-Hulman, she says, compared to the other fantastic teachers, she’s average; this made for a humbling experience. “If you’ve been a superstar…you have to figure out your identity,” she reflects, exuding the humbleness that’s almost her trademark.

After she began teaching, an ABET Expert, who now sits on the ABET Board of Delegates and is a commissioner on the Engineering Accreditation Commission (EAC), Bill Wepfer, came by Rose-Hulman for their ABET mechanical engineering site visit. She had worked with Wepfer before, as he had helped her attend graduate school at Georgia Tech, so after she began chatting with him, he persuaded her to apply to become a ABET Program Evaluator. When Gloria Rogers, a previous vice president at Rose-Hulman and an adjunct director for professional development at ABET, began mentoring her on how to be a good team member for ABET site visits, Brackin realized she could take what she learned at ABET and institute it back into her curriculum. “I thought, ‘Wow, I’ve never thought about telling my students that this is what you should do on a team. This is really good,’” she recalls. “And the more involved I got in assessment, the more I felt it could make me a better teacher … ABET [is] really valuable for teaching.” 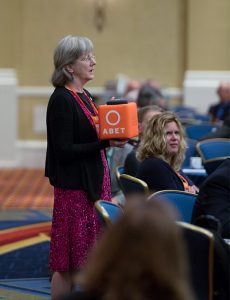 Since her training in 2003, Brackin has been on 24 site visits, including visits to programs in the Philippines, Mexico, Qatar and Turkey. When asked about her experiences, she says a visit to a program in Kuwait has always stood out to her. Contrary to what one might expect from an institution in the Middle East, the program had a 50 percent enrollment of women, a statistic that is uncommon in the United States, which she says is due to women not being allowed to leave the country unless they are with their husband or male relative. The best male scholars study abroad, while the best women stay in Kuwait to receive their education. According to Brackin, women had a unique say in the engineering department, since they were often the most talented members in class.

The veteran professor says her favorite part about being an ABET Expert is being a table facilitator for trainings and going on site visits at institutions. When she visits programs, she loves meeting the people there and working on a team. “You get this bonding that happens — it’s a really fun experience,” she comments.

From spending just an hour with the woman who once wanted to be a math teacher, it is clear that Brackin thoroughly enjoys collaborating with hardworking, dedicated people and making a positive difference in others’ lives. Her work is a reflection of what we aspire to achieve at ABET— our Experts work in partnership with faculty, administrators and students to ensure that their programs are continuously evolving and improving. 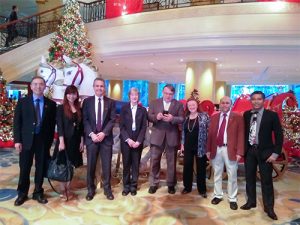 Patsy Brackin has served ABET since 2003. She began as a program evaluator (PEV), and she now serves as a commissioner on the Engineering Accreditation Commission (EAC).