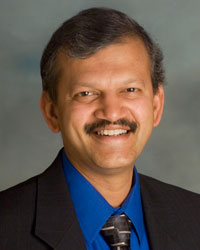 Outside of his work on the ABET Board of Directors, S.K. Ramesh has been tremendously successful as Dean of the College of Engineering and Computer Science at California State University, Northridge. So successful, in fact, that he was asked to join a group called the League of Extraordinary CEOs. And the most interesting part is that Ramesh isn’t even a CEO.

Miller Ingenuity CEO Steve Blue looks across the country to hand pick expectation-shattering leaders to join his League of Extraordinary CEOs. He made an exception in Ramesh’s case based on his exceptional academic achievements as well as his dedication and success in preparing the next generation of innovative engineers and scientists to lead us into the future. Since becoming dean, Ramesh has brought millions of dollars in grant funding to Northridge while seeing enrollment more than double during his tenure.