April Cheung (right) and ABET Training Manager Ashley Appleman (left) at the 2018 ABET Symposium. Cheung presents on one of the most popular Symposium sessions, How to Prepare for Your Onsite Visit.

April Cheung has led a diverse career as an electrical engineer. She’s programmed detention center control systems and developed wheelchair accessible lifts for vehicles, but throughout it all, she was always told that she would make a great educator. Now in her fourth year as an assistant professor of practice at Purdue University, Cheung finds academia much more challenging than industry—a revolving door of different students, different projects, and different meetings—yet she finds it much more rewarding as well. 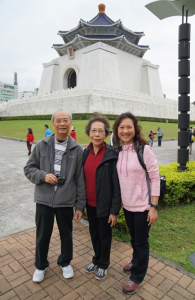 Cheung (right) with her parents.

Teaching comes naturally to Cheung; her parents were both teachers in the People’s Republic of China, but after immigrating to Hong Kong, her father couldn’t teach because he didn’t speak English and her mother, who had been a math teacher in the PRC, became a Mandarin tutor. “I learned a lot from observing their interactions with pupils,” Cheung explained of her aptitude for teaching.

The youngest of three children, she was raised in Hong Kong while the country was still under British rule. Cheung was introduced to electronics by her older brother, who was a big influence in her life. As a curious young girl, she would watch as he worked with a soldering iron, explaining to her each step of the process as he worked. Cheung liked the fact that whenever she asked him a question, he always had an answer and she wanted to have all the answers, too.

In 1985, while Cheung was in high school, the PRC and the United Kingdom signed the Sino-British Joint Declaration, in which the UK declared it would hand over Hong Kong to the PRC, which would resume exercising sovereignty over the nation beginning in 1997. Cheung and her parents decided it would be best for her to study in the United States and join her sister, a sophomore at Indiana State University (ISU). When Cheung left for college, it was her first time on a plane and her first time in the U.S. 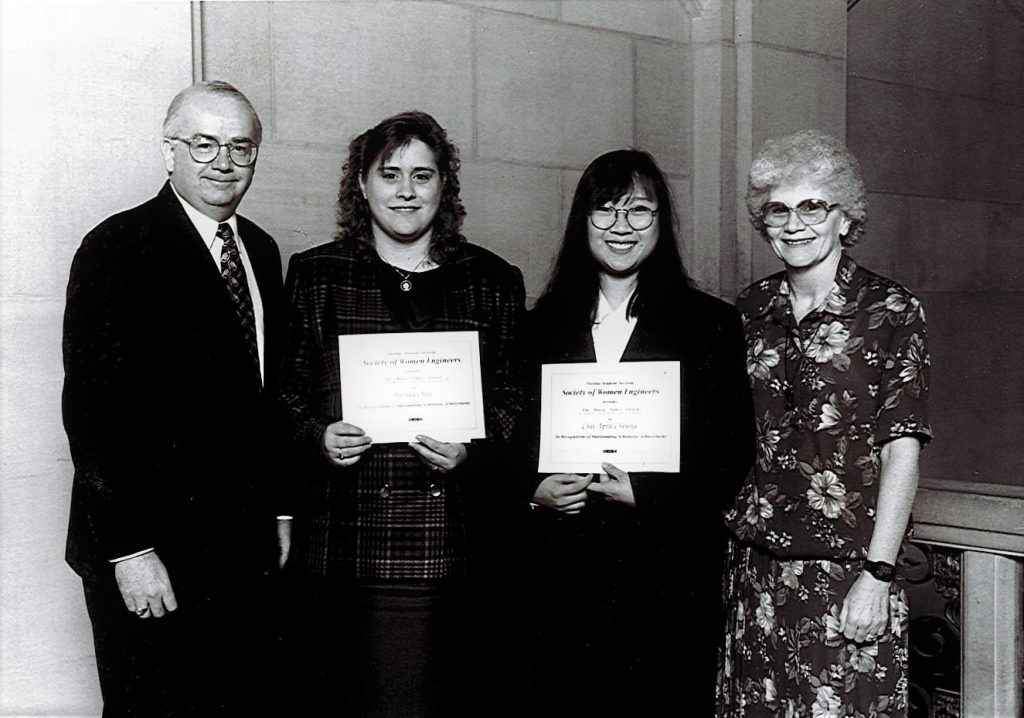 Cheung won many awards as an undergraduate at Purdue. Here, she is pictured receiving a Society of Women Engineers award with Dean Gentry and Dr. Taber of Purdue.

Cheung later transferred to Purdue University, where she flourished. Though she might have been 8,000 miles from her home and her family, the faculty at Purdue made a huge difference in her higher educational experience, going out of their way to equip her with opportunities to help her succeed. When they learned of new scholarships or grants available, they would tell her to apply.

She credits Purdue faculty for making her university experience so rewarding, and now as a professor at her alma mater, she aims to give back to what they gave her by providing the next generation of Purdue innovators with the skills, resources and support that she received as a student there two (and a half) decades ago.

After six years of working in industry, Cheung returned to Purdue to pursue her master’s degree in technology. When she graduated, she went out to coffee with her former undergraduate department chair, Dr. Larry Hoffman, who was still teaching at Purdue part time. Hoffman was the one who had encouraged her to join IEEE and now, he wanted her to get involved with ABET.

“There are some people that, when they ask you something, you just cannot refuse,” Cheung recalled of her conversation with the former ETAC chair. “You always say yes to them because you know that everything they do is for the right reason, even if you don’t know what that reason is.” 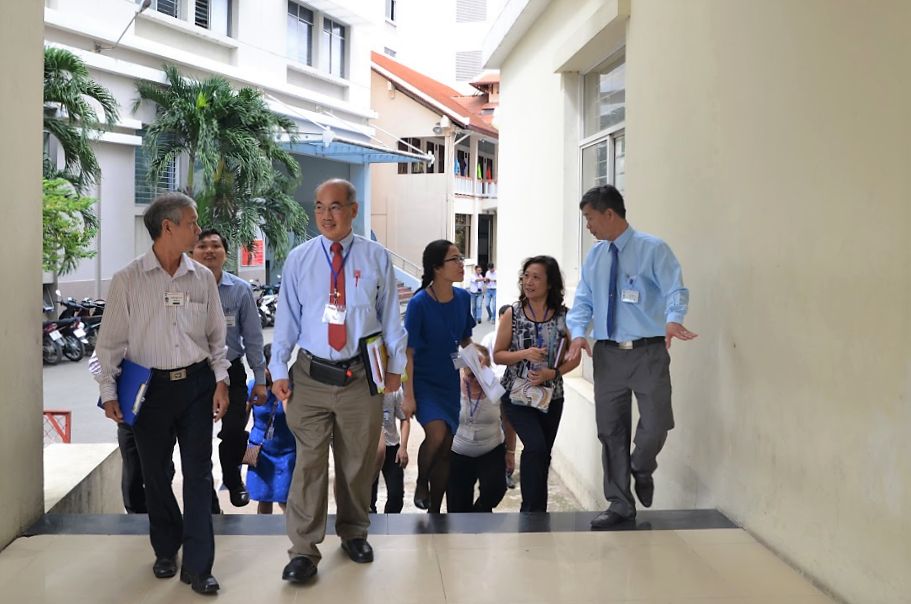 Cheung (second from right) on an international program visit.

She felt underqualified, but took Hoffman’s advice anyway and applied  to become a Program Evaluator (PEV). She was accepted and attended PEVC training shortly thereafter. Cheung describes her experience as meaningful because, “being a PEV allows you to look at education as a whole and make sure that students have the skills they need when they graduate.”

Going on visits as a PEV is what really drew Cheung to consider a career in education. In college and throughout her time in industry, everyone from her professors to fellow IEEE committee members told her, “One of these days, you should consider teaching.” And so, after a few years as a PEV and Team Chair for the Engineering Technology Accreditation Commission (ETAC) of ABET, she decided to take the leap from industry to academia.

In industry, her hours were firmly set and though she may have multiple projects going on at once, they were all concentrated around similar products. But now she gets new students every semester who are drawn to different, unrelated projects. It was a difficult adjustment but, as Cheung explained, “I like teaching, I like making a difference and having an impact on students’ learning, so it’s worth it.”

Cheung first became an ABET PEV in 2008. Since then, she’s served on 17 domestic and international visits as a PEV, Report Team Chair or Visit Team Chair. She’s served as liaison for IEEE and ETAC of ABET as a member of the Committee for Engineering Technology Accreditation Activities (CETAA) since 2016. Cheung is a member of the ETAC Executive Committee, the ETAC Consistency Committee and the ABET Accreditation Training Council. In addition, she serves as chair of the ETAC Training Committee.