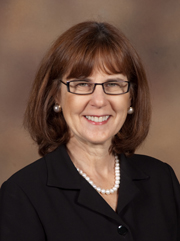 When Debra Reinhart received the Gordon Maskew Fair Award from AAEES (American Academy if Environmental Engineers and Scientists) this spring, she was the first female to do so in the award’s 47 year history.

When it comes to women in environmental engineering, Reinhart is certainly a trailblazer and a role model. She began her undergraduate degree at Rollins College in Winter Park, Fla. as a mathematics major but was quickly surprised to discover a love for physics, having never taken the subject in high school. Wondering how to combine her interest in physics and chemistry with her aptitude for math, a professor asked, “Why don’t you become an engineer?”

Rollins unfortunately did not offer engineering at the time, which led her to transfer to nearby Florida Technological University (FTU), now the University of Central Florida (UCF). Flipping through a course catalog before her first semester, a description of environmental engineering piqued her interest.

When she matriculated at FTU, there were 25 women and 1,000 men in the engineering program. Now a professor at her alma mater, she’s experienced firsthand how the student body has changed over the years.

According to data from the National Center for Education Statistics, men and women have been granted an equal number of degrees in environmental engineering since 2014. In that same time period, men received 78 percent of all engineering degrees.

Reinhart believes that the high percentage of women in environmental engineering can be attributed to the fact that the work in the field has a direct impact on humanity and the environment. When she began her studies at FTU in the early 1970’s, less than three percent of students in the engineering department were women. Female representation has increased to almost 20 percent since her undergraduate years.

From Industry to Academia

She was working as a civil engineer performing wastewater treatment studies for the Atlanta Bureau of Pollution Control when she decided to pursue graduate school to deepen her knowledge. Reinhart received a Master of Science in sanitary engineering in 1980 and a doctorate in environmental engineering in 1989, both from the Georgia Institute of Technology.

As she and her husband are both originally from the sunshine state, Reinhart was excited when one of her undergraduate professors reached out and offered her a position at her alma mater, which had become the University of Central Florida or UCF.

“If you had told me when I was a college student that I would be a professor, I would have been shocked,” Reinhart explains. “It was never my objective, but when I was getting my Ph.D., I just–I loved it. I loved this intense opportunity to study a small problem, but an important problem, and to have the freedom to really dig into it and become a world expert in that small problem,” she adds with enthusiasm.

And a world expert she is. She found her calling in academia– but more specifically, in solid waste management and the sustainable operation of landfills. Now a leading expert in the niche field, Reinhart has received funding for her research from the federal government, the State of Florida and from the Environmental Research and Science Foundation. She has also received national recognition from NASA, AAEES, the Tech Museum of Innovation, Solid Waste Association and others. UCF recognized Reinhart by naming her a Pegasus Professor, the highest faculty honor awarded at the university. In 2014, she received the AAEES Stanley E. Kappe Award.

After seeing a call for ABET Program Evaluators (PEVs) from AAEES, she thought it sounded like a good volunteer opportunity. A friend encouraged her to sign up and, as Reinhart explains, “Once I went to the training, I was hooked.” That was 15 years ago.

“I learn so much every time I go on a visit and it has helped me understand the importance of defining how environmental engineers are trained so that we can ensure that they’re all trained properly,” she adds.

Reinhart enjoys traveling to different parts of the world evaluating programs. Most recently, she traveled to Indonesia to evaluate an environmental engineering program.

Reinhart and her husband also travel all over the world with their tandem bike.

The titanium bike breaks down and conveniently fits into a suitcase. Their most recent trip was to Oregon, where they boarded a steamboat down the Columbia River and had a perfect view of the eclipse.

Reinhart’s legacy reaches beyond the classroom. She is most dedicated to mentoring and advancing underrepresented groups in STEM. As an undergraduate in the 1970’s, Reinhart founded the FTU student chapter of the Society of Women Engineers (SWE). Today serves as faculty advisor for the same UCF chapter.

“The three legs of sustainability is environmental, societal and economic, and if they’re not all even, the stool wobbles,” Reinhart says, with the confidence of someone who has firsthand knowledge.

She goes on to explain why programs in every engineering field should incorporate sustainability into their curriculum. Among other factors, she says it’s important for students to know what the impact of designing a product might be on the environment.

As a professor, Reinhart uses her position to educate future engineers not only on technical aspects, but on the holistic nature of the profession. As she prepares her students, she feels strongly about emphasizing the importance of diversity and sustainability in STEM, which are essential skills for their success in their chosen careers.