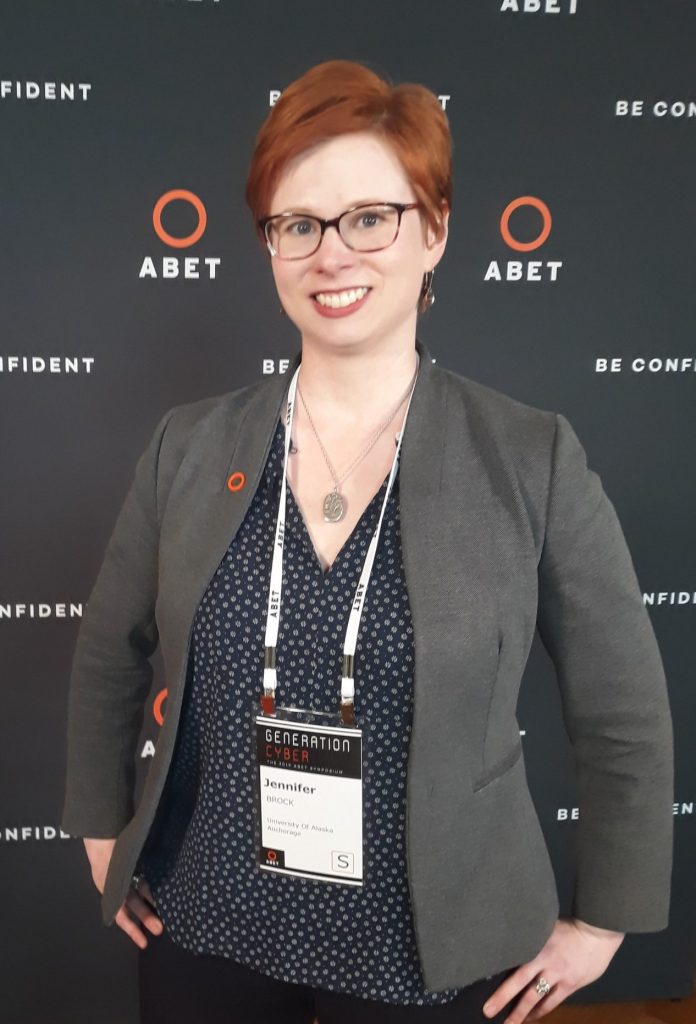 It’s not every day that you meet someone who is truly, genuinely enthusiastic about assessment. But for ABET Expert Jennifer Brock, it has been instrumental in her career as an engineering educator in Alaska. She quickly became involved with assessment and accreditation efforts after being hired in her first full time faculty role as an assistant professor of mechanical engineering 10 years ago.

Now, she’s leading the accreditation efforts at both the regional and program-levels as the interim associate dean for academics at the University of Alaska Anchorage’s College of Engineering. And though she describes herself as “an educator first, engineer second,” she had never considered a career in higher education until assuming a graduate instructor role while pursuing her doctorate in mechanical engineering at The Ohio State University.

But after that first day of teaching, she knew she had found her calling. “I had never had a job that kept me up at night because I was so excited about going in the next day. I would lie awake thinking about how I could make my lectures better or how I could improve my assignments. It was the first time I felt like I really knew what I wanted to do — and I was 28. Now I tell my students not to worry if you’re 19, 20, 21, and you don’t know what you want to do with your life — it’s going to be okay.”

From Tourist to Local 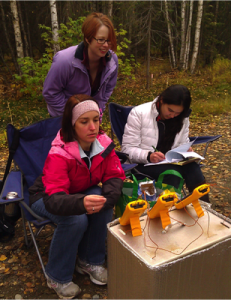 Originally from Ohio, Brock first traveled to Alaska in 2005 to run the Mayor’s Midnight Sun Marathon with her then boyfriend, now husband (they were married in 2009). Though they loved exploring the 49th state and joked about moving there, they never thought it would actually be a possibility.

It wasn’t until a few years later when Brock was working on her dissertation at The Ohio State University that she noticed a University of Alaska Anchorage (UAA) job being advertised on the Graduate Advising Office’s bulletin board. UAA was looking for a mechanical engineer with a fluid thermal specialization — Brock is a mechanical engineer whose area of expertise is in fluid/thermal systems. Brock only wanted to apply to positions at teaching universities — UAA is primarily an undergraduate-focused teaching university. It seemed serendipitous and it was that final bit of motivation she needed to finish her doctoral dissertation.

Brock has flourished at UAA’s College of Engineering. In just 10 short years, she’s risen through the ranks from assistant professor to associate professor, department chair, full professor, and recently, she’s assumed the role of interim associate dean for academics. 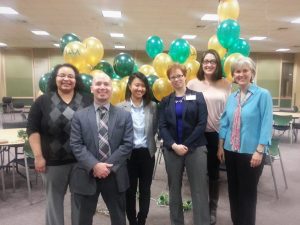 Brock with her students at Women in Engineering Night.

She has served as faculty advisor for the UAA student chapter of the Society of Women Engineers (SWE) since 2010. Each year, the chapter holds a SWE banquet with current members and alumnae, as well as high school students interested in engineering. There, high school and college students learn more about what a career in engineering looks like while networking with Anchorage professionals. The annual banquet has also helped strengthen community involvement and awareness of the engineering programs at UAA.

Speaking with Brock about her time in Alaska, it’s clear that she cares deeply about her engineering program and is determined to see her students succeed. The recent news out of Alaska is particularly devastating for educators and administrators like Brock, who have dedicated their entire careers to building academic programs and enhancing the quality of higher education.

Last month, the University of Alaska system declared financial exigency to survive the unprecedented budget cuts – over $130 million, or about 1/5 of its entire budget – imposed on the state university system by Alaska Governor Michael J. Dunleavy. One week later, on July 30, the Board of Regents voted to move forward with a restructure of the university, possibly consolidating the university system (currently three separately accredited institutions: University of Alaska Anchorage, Fairbanks and Southeast) into a single, accredited university with multiple campuses.

“We are facing extraordinary levels of uncertainty in Alaska right now, and it’s hard on everyone, especially the students,” Brock lamented. “I’ve been in contact with ABET’s senior director of accreditation since, and I’m at least able to tell my students confidently that ABET is completely committed to working with us to ensure continued accreditation for our students.  This kind of students-first support is exactly why I’m so proud to work with this organization.” 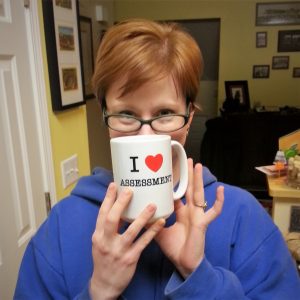 A leader for Alaska’s engineering students, Brock is a strong advocate for the important role assessment plays in improving education. That’s because she has seen firsthand the difference a sustainable program assessment plan can have on the students, courses and faculty in her department.

Brock’s assessment expertise all began with a Fundamentals of Program Assessment Workshop in 2010. As soon as she returned to Anchorage, she used what she learned during the one-day workshop in Baltimore to transform her department’s assessment process, resulting in an efficient plan that faculty were enthusiastic to be a part of. Eager to learn more, Brock attended her first Symposium in 2012. Immediately, she knew she’d found her people.

“There are all these people who were interested in the same questions as me,” gushed Brock. “You’re constantly collecting data and you’re constantly trying to improve your craft. That just really appealed to me.”

She became an ABET Program Evaluator (PEV) representing the American Society of Mechanical Engineers in 2015. As someone who’s been on the other side of the accreditation process, she knows how much work the programs put into writing their self-studies and preparing for their site visit. That’s why she always takes note of a few programmatic and institutional strengths to share during the exit statement, and makes sure they are included in the final report. 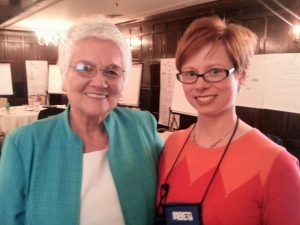 A seasoned PEV, Brock knew exactly what she had to do when UAA told her they could no longer pay for her to attend the Symposium as a spectator. When ABET called for proposals to speak at the 2019 Symposium, she pitched a session titled “What’s Life Really Like for a New PEV?”  The session was an instant hit. The talk brought in a diverse audience of people ranging from novices going for initial accreditation to veteran ABET commissioners. But it wasn’t just the topic that was a success; Brock’s dynamism shined through her session. There is no doubt that she imparts this same passion into her work every day at UAA.