Lawrence G. Jones, Ph.D., can usually be found at the ABET booth during cybersecurity conferences, recruiting Program Evaluators and advising programs on the latest updates to ABET criteria. With over 30 years of experience in computing accreditation under his belt, most would say he’s the expert in the area. 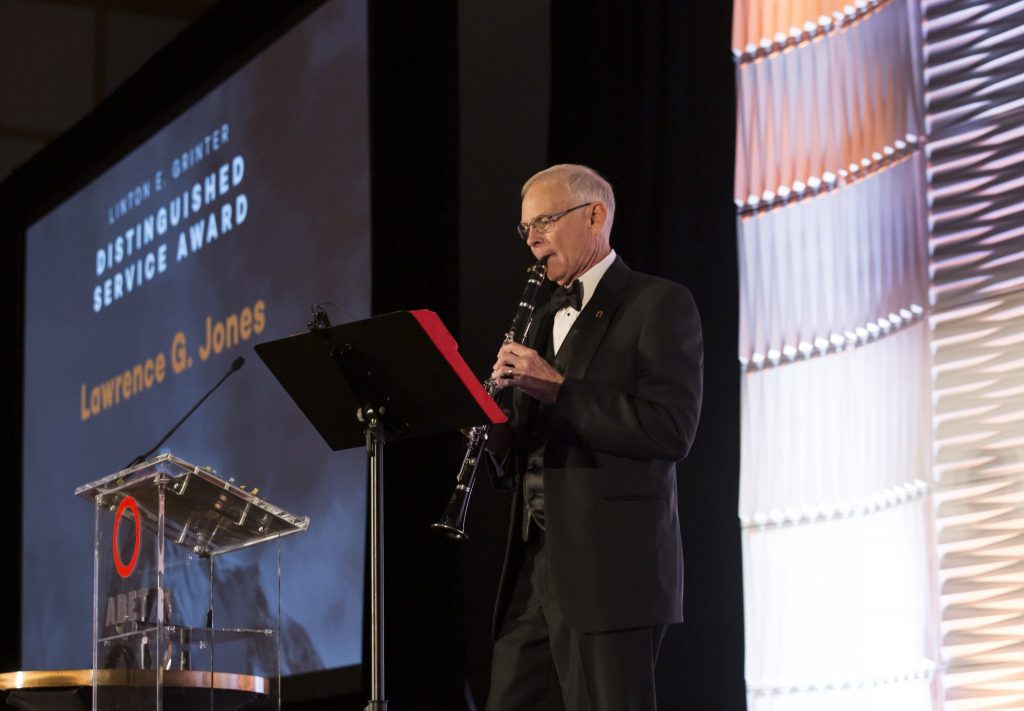 In the 1980s, CSAB was established as an independent accrediting agency for undergraduate computing programs. The organization accredited its first programs in 1986, one of which was the computer science department at the U.S. Air Force Academy, where Jones was chair.

He joined CSAB as a program evaluator in 1989 and supported their merger with ABET as an inaugural member of the Computing Accreditation Commission. Now, he is a Fellow of both organizations and received ABET’s highest honor, The Linton E. Grinter Distinguished Service Award, earlier this month at 2018 ABET Awards in Baltimore. 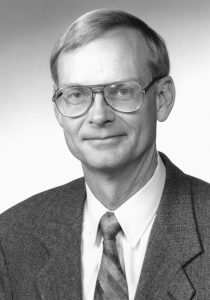 Jones is a self-described “Air Force brat.” His father, P.G., flew his first combat mission on D-Day and was one of the first crews to survive the number of required missions in the 100th Bomb Group. The Jones’ frequently moved around the country until P.G. was assigned to the newly-opened Little Rock Air Force Base when his son was ten, where the family remained until Jones enrolled at the University of Arkansas. There, he earned both his bachelor’s and master’s degrees in industrial engineering. After graduating, Jones followed in his father’s footsteps and joined the U.S. Air Force. At the time, the Air Force didn’t need any more engineers—they needed computer scientists. Luckily, Jones had taught FORTRAN programming and slide rule as a graduate assistant at Arkansas.

He developed these computing skills in the Air Force, managing the analysis of electronic intelligence information as well as programming a state-of-the art graphics computer, putting him at the cutting edge of computer graphics in the early 1970’s.

He used this unique set of skills to teach at the U.S. Air Force Academy and eventually became head of the department. Among the many opportunities Jones found himself fortunate to pursue through the Air Force was an academic sponsorship, a highly selective process for which he had to compete. Jones applied and was selected, allowing him to earn a doctorate in computer science from Vanderbilt.

During his Air Force career, he also worked at SHAPE technical center of The Hague, where he supported automated command and control systems for the Allied Powers in Europe. Jones retired from the Air Force in 1992 after 22 years of service, taking a position at the Software Engineering Institute of Carnegie Mellon University, where he led the Product Line Practice Initiative, served as a senior member of the technical staff and eventually earned the title of Distinguished Principal Researcher. Now officially retired, he has over 50 years of experience in software development, management, research and education.

Jones, who was already a committed volunteer before retirement, continues to use his expertise to advance the international reach of accreditation, and improve the strategy, functionality and operations of ABET. His work has had a direct impact on all commissions. As Chair of the Accreditation Council, he led the effort to harmonize ABET criteria across the disciplines, resulting in consistency of accreditation affecting around 100,000 graduates each year.

As a member of the Governance Structure Task Force, he worked to transform the old ABET governance structure into the streamlined model we have today. Then, as ABET President, he rolled-out the new structure, demonstrating its improved responsiveness and efficiency. 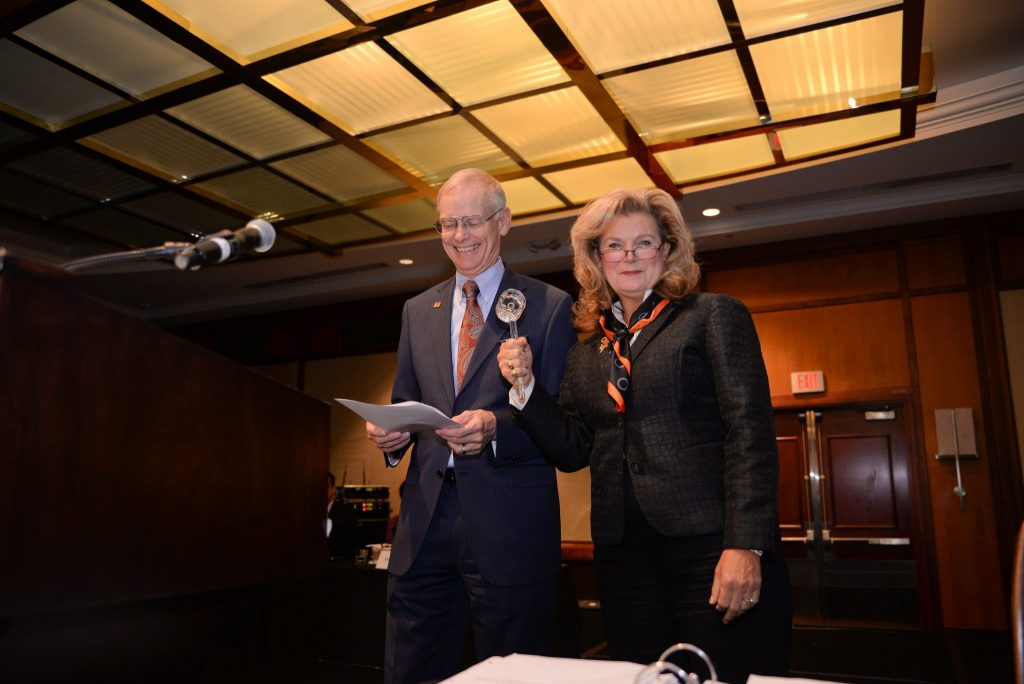 At the 2015 ABET Board of Directors Meeting with 2014-15 ABET President, Jamie Rogers

Jones was Chair of the Strategic Planning Committee Task Force for four years. Under his leadership, a new set of strategic priorities with performance measures and outlined tactics emerged. This set of guiding principles continues to impact ABET’s strategic priorities today.

As a member of the Executive Committee, Jones helped bring information technology accreditation into the CAC, chairing the first pilot visit for evaluating IT programs. Currently, he is working with a team of other ABET Experts to develop cybersecurity criteria for two year programs. His involvement doesn’t stop there— Jones was also on the ABET Board of Directors for eight years, serving as ABET President from 2015 to 2016.

Part of the Gang

Jones’ impact extends beyond the commissions. He was a member of the Executive Director Search and Selection Committees, which resulted in the hiring of ABET executive director and CEO Michael K. J. Milligan. Jones used his software engineering and software process management expertise to help ABET headquarters define the current AMS 2.0 development and roll-out processes. His insight and willingness to share helped bring stability to the project, and provided oversight and counsel to staff and reporting to the Officers. Jones’ ongoing commitment was vital to its success.

When he stops by ABET headquarters in Baltimore, you would be hard-pressed to find a staff member who doesn’t come out of their office with open arms to greet him. “I like to be with the gang and I like to be a part of the gang,” Jones smiled.

His warm, easy-going demeanor makes him a popular addition to any ABET-staffed booth. Jones often travels to conferences and exhibits, donning his ABET polo alongside staff. He is always eager to help and share his expertise with others. Not only is he open and approachable, but with decades of experience in computing accreditation and extensive involvement in ABET committees and governance, he is one of the most knowledgeable Experts you’ll find.

Jones has been involved at just about every different level of ABET. He has served on the Fellows Committee, Appeals Committee, Finance Committee, Partnership to Advance Volunteer Excellence Steering Committee, and International Activities Council. He has also mentored international engineering accreditation authorities in Mexico and Costa Rica, and currently serves on the Global Council.

Throughout his work, Jones has demonstrated an immeasurable level of dedication and commitment. His engagement and leadership will undoubtedly have a lasting impact on STEM education.