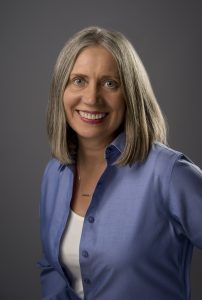 Maureen Hart still remembers feeling cold when she was young. Growing up in St. Paul, Minn., during the era of the 1973 oil embargo, thermostats were cranked low in what were often sub-zero temperatures. During daylight savings time, darkness filled her mornings and nights, as her parents were keen on keeping lights off to conserve electricity.

“The adults were afraid of running out of fuel,” she explains, “So we realized that we needed to find something else. That’s what interested me [in sustainable energy sources].”

It probably triggered her imagination as well.

This passion for creating efficient, sustainable products has remained with Hart throughout her career. Now in a design assurance role at Walt Disney Imagineering in Glendale, California, Hart reveals her thoughts on the consumer experience and working for a large corporation, known for their attention to details and stellar customer service.

During her two-decade-long career at Walt Disney Imagineering, Hart has watched the number of Disney theme parks grow from four to 12 worldwide. As an Imagineer, she has played a role in designing, building and commissioning numerous theme park attractions. However, she emphasizes that the highest praise you could give her is that you didn’t notice her work at all.

“When the product is well-designed, you don’t notice it. That’s what we aim to do at Disney. It’s magic. You don’t notice our work,” she explains. “The best compliment you can give me is, ‘oh really, you engineered something? I didn’t notice it.’”

A self-described workaholic, Hart typically starts her workday at 6:30 a.m. After many demanding years in project work, the veteran engineer has transitioned to a role in design assurance, where she reviews projects and is a mentor to engineers in her department. This change also gave her the opportunity to give back to her profession, which is why she became an ABET Expert in 2014.

Always upbeat, Hart is quick to come up with her personal “motto”: “If at first you don’t succeed, read the directions.”

This is actually her family’s adage, which helps explain why Hart became an engineer. It was hardly a surprise, considering she grew up in a problem-solving household, with a rocket scientist mother and father who went into business after getting an engineering degree. Her parents taught her to observe consumer experiences with a critical eye. “I watched the adults curse, and then I found myself cursing when I got older,” she laughs. She particularly remembers a vacuum cleaner with poorly-designed wheels that stuck in the carpet, and how most people kept flat-head screwdrivers next to their laundry detergent boxes because the lid was so tight, they couldn’t open them with their hands.

Hart paid attention to these day-to-day frustrations, and all the while, she was thinking, “I can do better than this.” She was always seeking avenues for improvement.

These are some of the same ideas that drive Disney Imagineers. Walt Disney himself wanted the original theme park never to be completely finished so that it could always be improved, which he referred to as “plussing.”

And it is this idea of continuous improvement that motivates ABET Experts as well. Higher education stalls when it becomes static. So ABET Experts must encourage programs to keep evolving, always looking for ways to make things more effective, sustainable and relevant.

Hart adds that Sustainability has also been at the forefront of Disney practices. From recycling opportunities to protecting wildlife such as sea-turtles and cotton-top tamarin monkeys, she says Disney encourages Guests to leave their theme parks and resorts with an appreciation of the earth. “Every project has an energy audit and we always consider the environment. Disney’s sustainability message is important, we don’t just talk it; we walk it.”

In addition to sustainability, Hart considers diversity & inclusion as an integral part to her job as well. She says Walt Disney wanted everyone to enjoy Disneyland, so it was the first park to include curb cuts for their Guests and that Imagineers work hard to create experiences for all.  The corporation has won awards for its commitment to being an inclusive workplace and hiring a workforce that reflects all backgrounds. “If our workforce doesn’t reflect the world, then how do we build for them?” she ponders.

Overall, Hart says the key to success is to approach projects and ideas with an open mind to change. Whether it’s Space Mountain or a computer science program in California, the world can always benefit from continuous improvement.