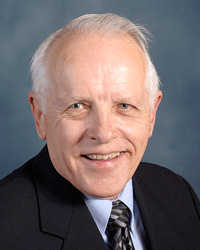 Ask Wallace Fowler about his most memorable ABET visit and the longtime program evaluator (PEV) will struggle to come up with only one. After visiting more than 20 campuses all over the world, the University of Texas, Austin professor of Aerospace Engineering and Engineering Mechanics, says he has learned something new every time.

“I’ve done all sorts of visits,” he explains calmly. “From the initial visit to a brand new aerospace program, to a few revisits and even a very emotional one, when we were all stunned to learn that Challenger had exploded and I was visiting a program from which one of the astronauts had graduated. It was my fourth visit, back in 1986, and I will never forget that,” he recalls with a hint of sadness in his voice.

The experiences with ABET have also been inspiring. When Fowler was called on to represent ABET as a judge for the NCEES Engineering Award for Connecting Professional Practice and Education, he admits he did not quite know what to expect. But when the 11-member judging panel met on June 2, 2015, in Clemson, South Carolina, to select the $25,000 grand prizewinner, he was pleasantly surprised by what he saw.

“I was impressed with the number of teams that did projects outside the US and that many teams were associated with Engineers Without Borders,” the professor explains.  “The winning project, from Marquette University, was really remarkable.  It involved the design and construction of a bridge in Guatemala.  The team designed the bridge and got the communities who would benefit from the bridge to participate in its construction. There was total buy-in,” he adds with excitement. “It blew me away. You saw the photo of the people who built it standing on it. The whole community was there. And you had it all: concept, implementation, turnkey, walk! It’s your bridge, done! Here it is!”

To cause such an impression is no small feat. The seasoned academic has reviewed programs from Florida to California, at large research institutions to small colleges, and there were even some visits for ETAC (Engineering Technology Accreditation Commission). Fowler seems to have seen it all, including some assignments to programs overseas.

“It is important to realize that U.S. and international programs hold themselves to the same standard. And if you look at some overseas programs, a large number of their faculty members have attended school in the U.S.,” he explains. “The real big difference,” he continues, “is how we are treated overseas. They really want the [ABET] stamp; they do not take it for granted,” the seasoned PEV sums it up.

In times when the whole education system and especially accreditation seem to be under attack, it is expected that the public may question what ABET has to offer. Fowler, a former ASEE president, confesses to having heard the question many times before. And he has a very direct answer: “When people ask me why we do ABET, my answer is very simple: self-protection. If we don’t do it, the lawyers will do it for us,” he says with a chuckle.

But after nearly three decades as a PEV, one may wonder why Fowler still does it.

“What is most valuable to me is to find out that there are other people doing exactly what we are trying to do, so having an ABET person on your faculty really helps your program. A lot of what we do is really environmentally driven,” he says emphatically.  Fowler would know it. After receiving all his degrees from UT Austin, he joined his alma mater as a faculty member in 1965 and about 20 years later became an ABET PEV.

After next year’s review at UT Austin, Fowler says he will consider his mission accomplished and may finally contemplate the idea of retiring and spending more time with the grandkids. Considering his enthusiasm when he talks about his program or ABET, maybe we should not count on that just yet.