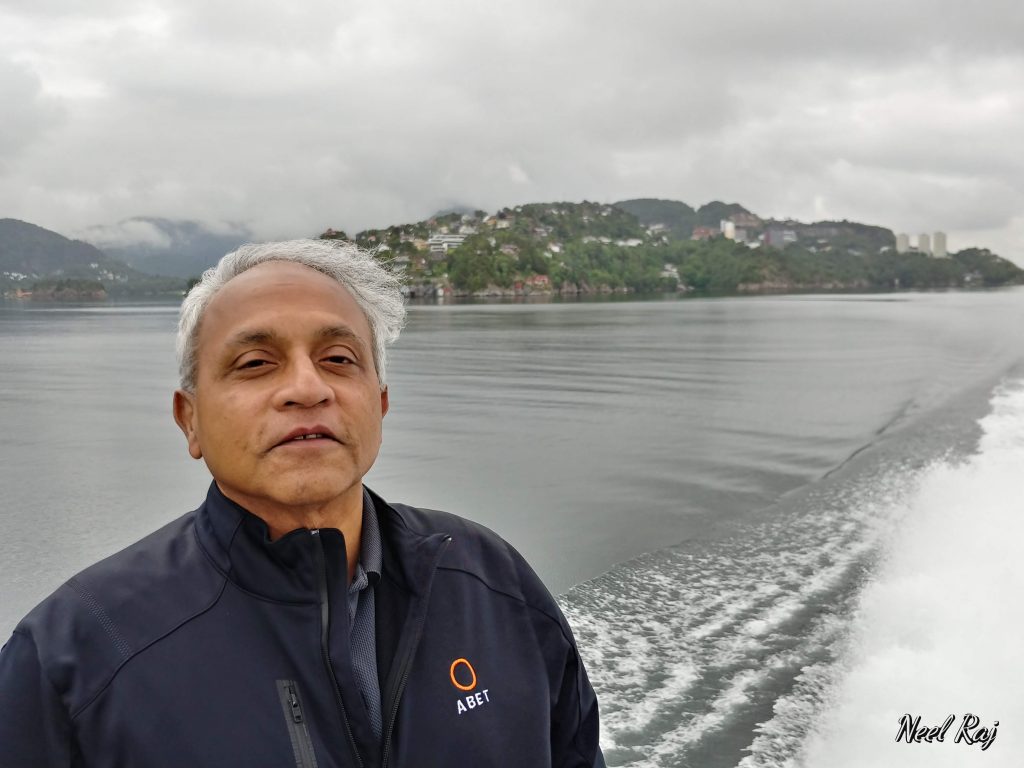 Rajendra K. Raj was studying the syllabus for his college entrance exam, going through all the topics he needed to know when he came across an unfamiliar word: algorithm.

Raj chuckles as he recalls his first encounter with a word that is now such an integral part of his life. “You have to realize that there was nothing like computing in those days,” Raj explains, as he recalls his childhood in Hyderabad. “But it changed when I went to college where I could actually program using punch cards.”

Interested in pursuing a degree in engineering, Raj attended the Indian Institute of Technology (IIT) in Madras, where he studied electrical engineering—and disliked it. But while in college, he discovered programming and a new passion.

At the time, IIT didn’t offer a computer science major so he completed the course work in electrical engineering. He already knew that he wanted to teach, so graduate school was the obvious next step.

Upon completion of his undergraduate degree, Raj immediately enrolled in a master’s program in computer science at the University of Tennessee-Knoxville.

Although he admits he chose Tennessee for its stunning landscape— “The brochure had these really nice pictures of the Smoky Mountains and the campus setting looked beautiful” —Raj appreciates the hands-on experience he gained as a graduate student in a small department, where graduate students were treated much like one of the faculty.

Once again lured by an idyllic location, Raj then went on to pursue his Ph.D. from the University of Washington in Seattle. It didn’t take long for him to fall in love with the city, which is the only city in the U.S. where from downtown you can see three national parks: Olympics National Park, Mount Rainier and the North Cascades. 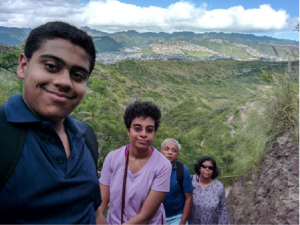 “The unfortunate thing about choosing to do a Ph.D. in a place like Seattle is that there’s so many other things to do that you take more time to finish your Ph.D.,” Raj explains with a chuckle.

Based on his own educational experiences, Raj knew that, after getting his Ph.D., he wanted to go to a small institution that valued teaching. Raj accepted a position at the State University of New York, Oswego. But after only two years, a new opportunity came his way. Although he had never imagined himself doing anything but teaching, a colleague convinced him to go into industry. Knowing the experience would help him become a better teacher, Raj accepted a position building databases for a large investment bank and financial services company on Wall Street.

“I really didn’t want to go there but I think in hindsight some of the most creative work I’ve done in terms of computing was at Morgan Stanley,” he explains, as he looks back on his career path.

As a vice president in information technology at Morgan Stanley, Raj built private cloud infrastructures, 20 years before cloud computing became a novel concept. (The rest of the world wouldn’t use the word “cloud” in computing for another 10-15 years.)

Despite his success in the private industry, Raj always knew he wanted to return to teaching. So when a friend invited him to give a talk at his university, Rochester Institute of Technology (RIT), Raj was struck by the nostalgia of teaching and being back on campus. He interviewed for a position at RIT the very next year.

After accepting a position at RIT, Raj relocated his family back to upstate New York and returned to academia in the fall of 2001. Just a few weeks into the start of the semester, an event occurred that would change the world: 9/11.

The largest terrorist attack on U.S. soil struck Manhattan while Raj and his family were safely in Rochester, but one of his former subordinates had been working in the south tower, where Morgan Stanley occupied 22 floors. The firm had about 2,700 employees based in the south tower and 1,000 more in the north tower, making it the World Trade Center’s largest tenant.

Raj frantically reached out to his former colleague’s wife to find out whether or not he made it out of the building. It was one of the hardest calls he’s ever had to make in his life.

“I mean, how does one ask a wife whether her husband is dead?” Raj asks, thinking back on that day.

Fortunately, his subordinate had missed his usual morning train into work and wasn’t in the building when the second plane flew into the south tower at 9:03 a.m.

After the incident, there was a major push towards improving general security and computing security across the U.S. RIT responded by drafting a degree proposal for its first master’s program in computer security fairly soon after the attacks, and the program starting accepting students upon receiving state approval in 2004.

With his extensive knowledge and experience in database security, Raj immediately got involved in drafting the degree proposal. He has been teaching RIT’s secure coding and data security courses since the early 2000s.

The B. Thomas Golisano College of Computing and Information Sciences (GCCIS) opened in 2001 and now enrolls more students than any other college at RIT. One of the first universities in the nation to launch an academic department devoted solely to computing security, RIT has been recognized as a national leader in cybersecurity education since GCCIS opened— and Raj had a role in its founding. The U.S. Department of Homeland Security and National Security Agency have designated it a National Center of Academic Excellence in Cyber Defense (previously called Information Assurance Education).

The National Science Foundation awarded almost $4 million for the college to establish a CyberCorps® Scholarship for Service (SFS) program in 2014, which provides students full tuition and a stipend in exchange for future government service.

This is the largest award that GCCIS has ever received from the NSF, and Raj is a co-principal investigator on the grant.

ABET introduced a new set of standards in the late 1990s called Engineering Criteria 2000 (EC2000), which fundamentally changed the basis for accreditation from inputs, such as what is taught, to outputs, or what is learned.

Though the computer science program at RIT has been accredited since 1989, when the program was up for reaccreditation, no one in the department knew anything about this new set of evaluation criteria. This coincided with Raj’s return to academia, so he volunteered to learn more about assessment and signed up for a “Best Assessment Practices” workshop at Rose-Hulman with Gloria Rogers. The next step, he found out, was to become a Program Evaluator (PEV) to learn more. So in 2004 he became a PEV. Today, he is a Commissioner with the Computing Accreditation Commission (CAC), where he serves with the same friend and colleague who invited him to give the talk that landed in a job at RIT.

Timing was perfect, as the CAC had started talking about cybersecurity program criteria, and Raj was able to quickly get to work by helping draft the proposal for the four-year undergraduate criteria, which will be presented to the CAC and Computing Area Delegation for final approval in 2018. Now, Raj works closely with ABET Fellow Allen Parrish and 2015-2016 ABET President Larry Jones on the feasibility of two-year cybersecurity program criteria for associates degrees in cybersecurity.

Raj is glad he has played a role in shaping the computing accreditation criteria to guide schools to give the right education. “A lot of schools prepare students for their first job, but not for their tenth job,” he ponders. “That’s where ABET and the commissions play a role — in lifelong learning,” Raj explains. “You design your criteria to help students with life learning education so that they can continue getting the skills they need.”