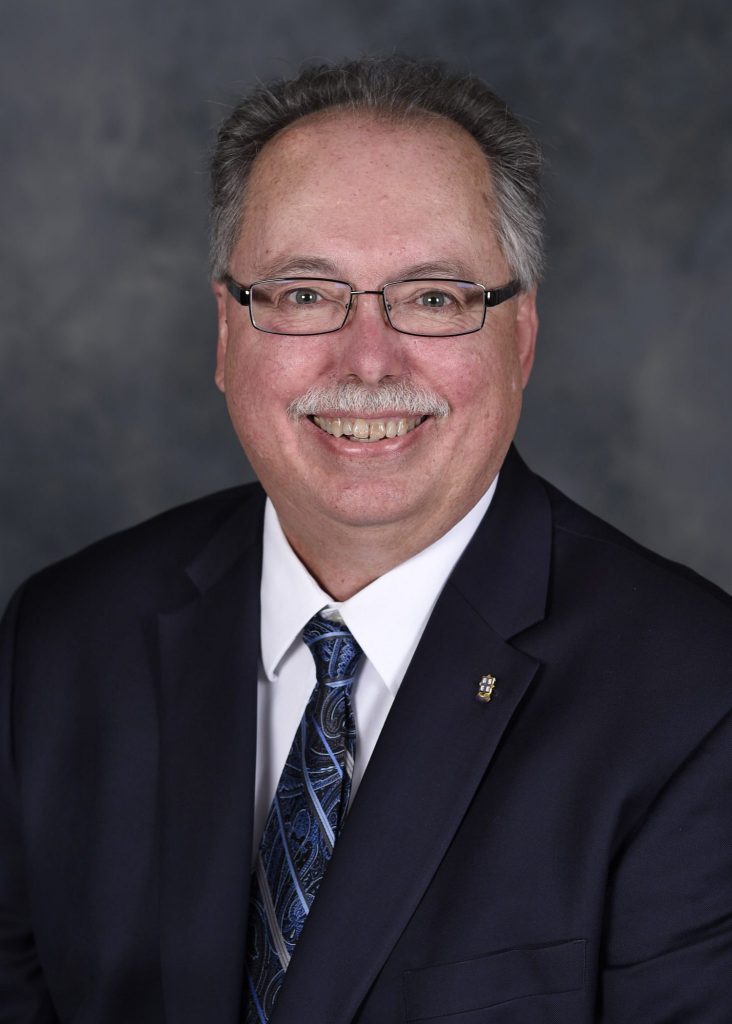 We were deeply saddened to learn of the passing of Jeffrey Ray, Ph.D., F.ASEE, on July 26, 2021. Please Read our Tribute to him here.

Growing up outside of Nashville, Jeffrey Ray never imagined he would end up in academia. Now, he’s using his skills and expertise to enhance engineering and engineering technology education. Through his work, he’s not only having an impact on students’ lives as Dean of the College of Engineering and Technology at Western Carolina University, but he’s making an impact worldwide as an original member and chair of ABET’s Academic Advisory Council (AAC).

From Businessman to Journeyman

After two semesters of studying business at a local community college, Ray found a summer job at a commercial printing facility in his hometown, R.R. Donnelley & Sons. When he arrived at orientation, he asked about apprenticeships, and as soon as he heard “electrician,” he wanted to apply. The hiring manager cautioned him that those apprenticeships were extremely competitive and usually went to internal candidates, but — thus far untrained — Ray discovered he had a knack for all things electrical when he scored so well on the aptitude test that they invited him to interview the very next day.

He continued working full time after the summer apprenticeship, eventually earning his Journeyman license as an industrial electrician. Though he was working long hours and already held a respectable, well-paid gig, Ray saw the value in higher education and continued taking courses part time at Tennessee Tech University.

By the age of 24, Ray held the lead maintenance role overseeing an $8 million printing press installation. Inspired by the engineers he worked closely with throughout the project, he decided it was time to dedicate his full attention to completing his bachelor’s degree in mechanical engineering. When Ray walked across the graduation stage two years later, he became the first person in his family to hold a bachelor’s degree. He remained at Tennessee Tech for another two years to earn his master’s, then headed to Nashville to pursue his doctorate at Vanderbilt University. 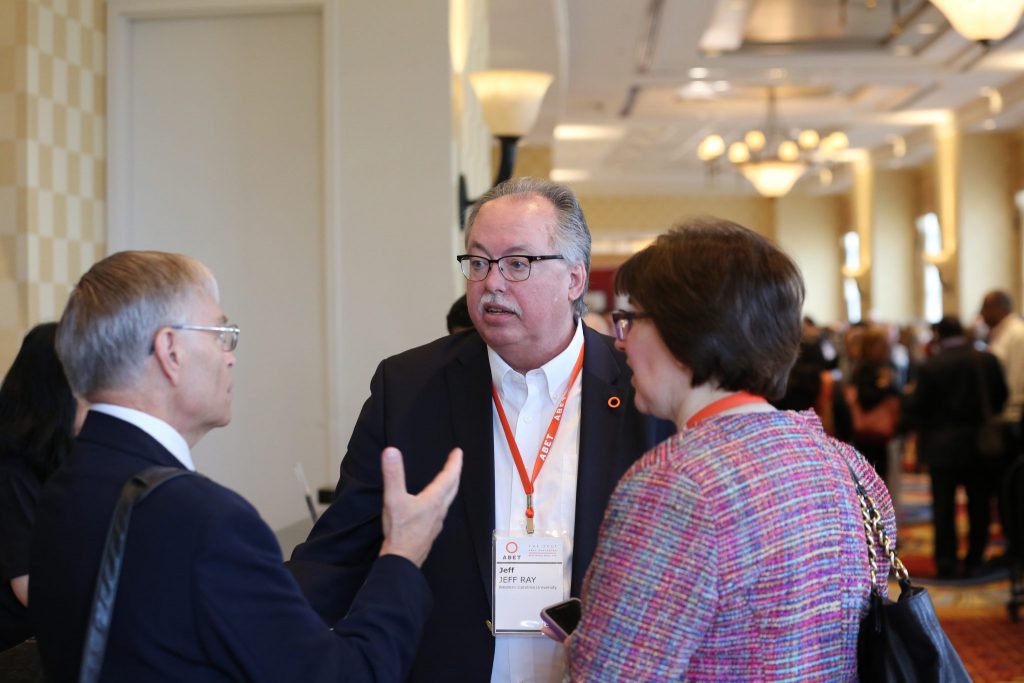 Ray appreciates the importance of education and the value it brings to life. As the Dean of Engineering at Western Carolina University (WCU), he’s begun a tradition of daily emails and fun activities during finals week, encouraging students to take a break from their studies and helping to motivate them through the semester.

When Ray first arrived on campus, he quickly realized Chancellor David Orr Belcher was unlike any other he had ever worked with. The WCU Board of Trustees nicknamed Belcher the Energizer bunny. Students looked at him as if he were a rock star.

“When I was in school, I don’t know if I ever saw the president of my university maybe until I got to graduation,” Ray said. “But Belcher was always in and around campus, greeting students and participating in WCU events.”

Belcher motivated his university community to serve the needs of the Western North Carolina region, an effort resulting in WCU all-time highs in student achievement, enrollment, and retention and graduation rates, as well as alumni engagement and philanthropic giving. Unfortunately, he was diagnosed with brain cancer and passed away last summer. “We’re fortunate to now have our next Chancellor, Dr. Kelli Brown, who brings the same level of commitment to the University.”

The experience caused Ray and his wife, Tina, to evaluate their estate. “The Belchers were just such an inspiration to us,” Ray reflected. “We started thinking about what would be a good use of our resources when we’re not here anymore.” The Rays planned to endow a Scholarship for Engineering and Technology students and then decided to leave a quarter of their estate to WCU, establishing the Hopkins and Ray Engineering and Technology Endowed Scholarship.

Due to its location nestled amongst the mountains of Southern Appalachia, WCU’s student body has a large population of first-generation college students. As one himself, Ray recognizes many of the hardships his students face when family members are unable to prepare and guide them in understanding the higher education system. Oftentimes, these students struggle to make the most of the undergraduate experience. At the College of Engineering and Technology, Ray has been working to change that by providing support systems to help students get what they need to succeed. Sometimes, it’s the small things that can have a major impact on the student experience. 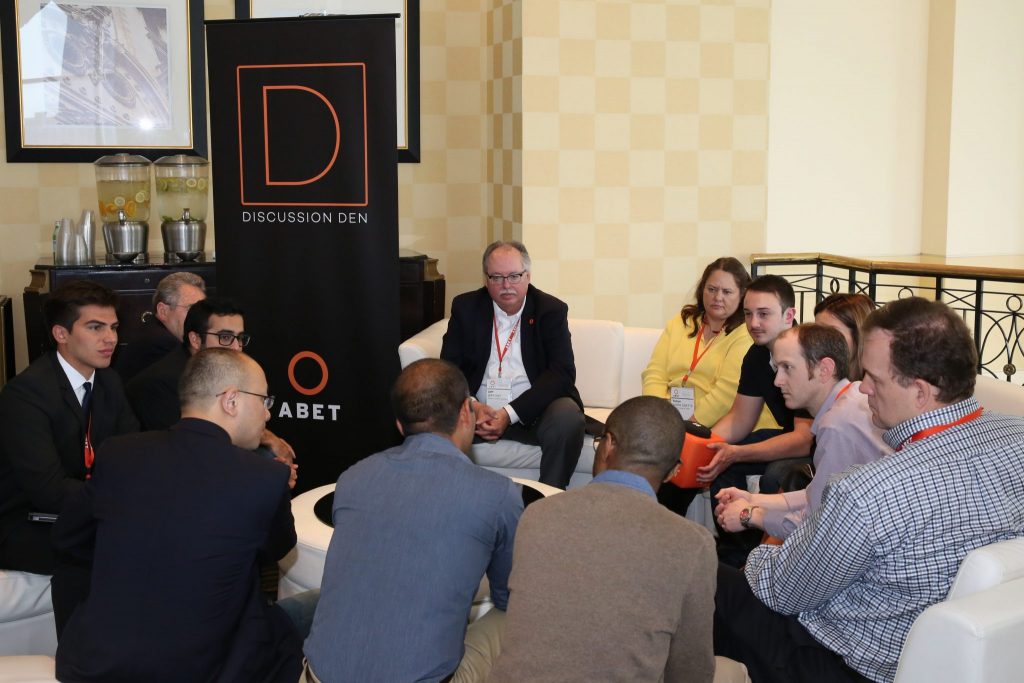 “A lot of universities talk about changing lives. And we do, but we expand that at Western,” Ray proudly said. “We’ve not only changed our students’ lives, we changed the lives of their siblings, their parents, their grandparents and the generations to come.”

Many of these first-generation students may not know what a syllabus is, or what the role of a dean or a provost is. “Preparation for a university is a lot different if you haven’t had a role model or known anyone who ever went to college,” Ray pointed out. “I’m a first gen student and we have a lot of first gen faculty who really relate to our students and help them along the way.”

One of the things Ray is most proud of is the incorporation of Project-Based Learning (PBL) throughout the engineering and engineering technology programs. Students participate each year in a PBL course and in their fourth year participate in a year-long industry-sponsored capstone. While other institutions across the U.S. are seeing declining enrollment, WCU is thriving thanks in part to NC Promise, a program dramatically reducing the cost of undergraduate tuition. And Ray’s College of Engineering and Technology at WCU is one of the fastest growing Colleges on WCU’s campus.

ABET and the AAC 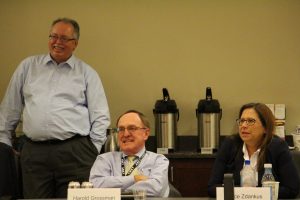 This passion for engineering education extends beyond WCU’s campus. Ray is an original member of ABET’s Academic Advisory Council (AAC), where he’s served for 10 years.

In 2010, ABET President Dave Holger created the AAC to provide an academic perspective to the ABET Board of Directors in accreditation matters of interest across the four commissions. Membership in the AAC is composed of deans, associate deans, provosts and other campus leaders involved in ABET accreditation activities.

An important aspect that the AAC made sure to incorporate from the start was diversity. The AAC is comprised of members who can represent multiple commissions from the different types of institutions ABET accredits. The Council strives to include diverse perspectives that accurately reflect ABET’s constituents. 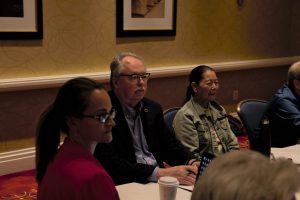 Ray during the 2019 July Commission Meetings in Baltimore.

Ray now sees how his experience as a first-generation college student has helped shape his success in his roles with ABET and at WCU.

“A mentor who also came from industry once told me, ‘This job will keep you young,’” Ray said. “And I find that absolutely true. I have a lot of fun with it!”

From stocking the dean’s office with candy to daily emails of trivia, jokes and fun giveaways during finals week, Ray always finds a way to provide support and a fun learning environment for his students.

“I mean, that’s why we’re there — it’s for the students,” Ray affirmed. “We also do some pretty silly things, like my new pair of WCU-purple checkered Vans and a Dean’s Popcorn Cart. There’s nothing wrong with being silly! It’s to break down barriers and show that we’re human. I think that makes a big difference with the students.”