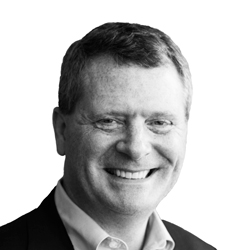 Michael K. J. Milligan is the Executive Director and Chief Executive Officer of ABET, the global accreditor of over 4,000 college and university programs in applied and natural science, computing, engineering and engineering technology.

Prior to joining ABET in 2009, Milligan was a systems director at the Aerospace Corporation, leading a team at the NASA Goddard Space Flight Center developing the next generation environmental satellites for the National Oceanic and Atmospheric Administration (NOAA). Milligan served over 24 years as a career U.S. Air Force officer working in operations, education, international research and development. During his USAF career, he served as an associate professor and deputy department head in the Department of Electrical and Computer Engineering at the U.S. Air Force Academy in Colorado.

Milligan earned his Ph.D. from the University of Texas at Austin, his M.S.E. from the University of Massachusetts at Lowell, and his B.S. from Michigan State University — all in electrical engineering. He also earned an M.B.A. from Western New England College, is a registered Professional Engineer (PE) in Colorado and Maryland, and a Certified Association Executive (CAE). 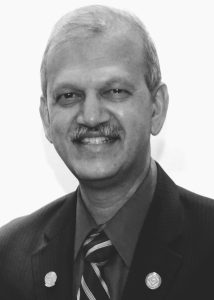 S. K. Ramesh is a professor of electrical and computer engineering and the director and lead principal investigator of the AIMS2 Program supported by a multi-year grant from the U.S. Department of Education’s HSI-STEM program. AIMS2 has received several national and international awards for improving student success with high impact practices including undergraduate research and peer mentoring. It was selected as the 2019 baccalaureate program of the year and named the 2019 Example of Excelencia by Excelencia in Education. Ramesh served as dean of California State University, Northridge’s College of Engineering and Computer Science from 2006 to 2017, where he established several innovative programs focusing on renewable energy, assistive technology and advanced manufacturing. Prior to joining CSUN, he was professor of electrical and electronic engineering at California State University, Sacramento, where he served as the department chair from 1994 to 2006.

He served on the ABET Board of Directors as the Director of the Engineering Area Delegation and was a member of ABET’s Inclusion, Diversity and Equity Advisory Council. Additionally, Ramesh is an experienced Institute of Electrical and Electronics Engineers (IEEE) Program Evaluator (PEV) and has performed several ABET accreditation visits in the U.S. and internationally. Ramesh has been an active IEEE volunteer for 38 years and served on several Boards, including the IEEE Board of Directors, IEEE Educational Activities Board (EAB), the IEEE-HKN Board of Governors, IEEE Publications Services and Products Board (PSPB), IEEE Awards Board (AB) and the ABET Board of Delegates. Key leadership roles include his service as the 2016-2017 IEEE Vice President of Educational Activities and the 2016 IEEE-HKN President (Electrical Engineering Honor Society).

His many recognitions include the John Guarrera Engineering Educator of the Year, William Johnson International award for leadership and contributions to the profession and the IEEE Region 6 Community Service award. Ramesh’s professional interests are in fiber optic communications, and he received the BE (Honors) degree from Regional Engineering College, Tiruchirappalli (REC, Trichy) and now NITT, in 1981, and the MSEE and Ph.D. degrees from Southern Illinois University, Carbondale, in 1983 and 1986, respectively. Ramesh was elevated to the grade of IEEE Fellow in 2015 “for contributions to entrepreneurship in engineering education.” 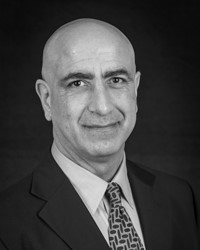 Hamid Fonooni is currently serving as the Director of the Ergonomics Program in Occupational Health Services at the University of California, Davis. Prior to his appointment at UC Davis, he served as the director of Master of Science in Occupational Safety at East Carolina University, Greenville for 10 years, and from 1995-2006, he served as the director of Master of Environmental Health and Safety Program at the University of Minnesota, Duluth. He has 22 years of experience working in academia, plus 13 years of industrial experience, which includes eight years working as a senior ergonomics engineer for the Ohio Division of Safety and Hygiene serving industries in Northwest Ohio. In addition, he has provided consultation in the areas of ergonomics, process improvement and risk management to industries in Northern Minnesota and Eastern North Carolina.

Fonooni received his doctoral and master’s degrees in Mechanical Engineering from University of Cincinnati and his undergrad degree in Mechanical Engineering Technology from Indiana State University. He has published numerous articles, book chapters, papers and technical reports related to occupational ergonomics, biomechanics and occupational safety. Fonooni is also a Board Certified Professional Ergonomist (CPE). 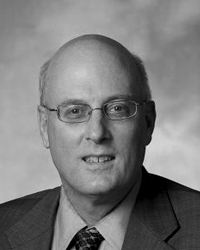 He was a member of the Engineering Accreditation Commission (EAC) of ABET for 12 years and served as Chair of the EAC during the 2014-15 accreditation cycle. Wepfer served on the Board of Governors of ASME (2016-19) and represents ASME on the ABET Board of Delegates. He has served departmental advisory boards at Pennsylvania State University, Johns Hopkins University, University of Wisconsin-Madison and Marquette University. After 38 years of service, Wepfer retired from Georgia Tech on April 1, 2018, and holds the title of Professor Emeritus. He resides in Atlanta, Georgia, with his wife, Lynne.