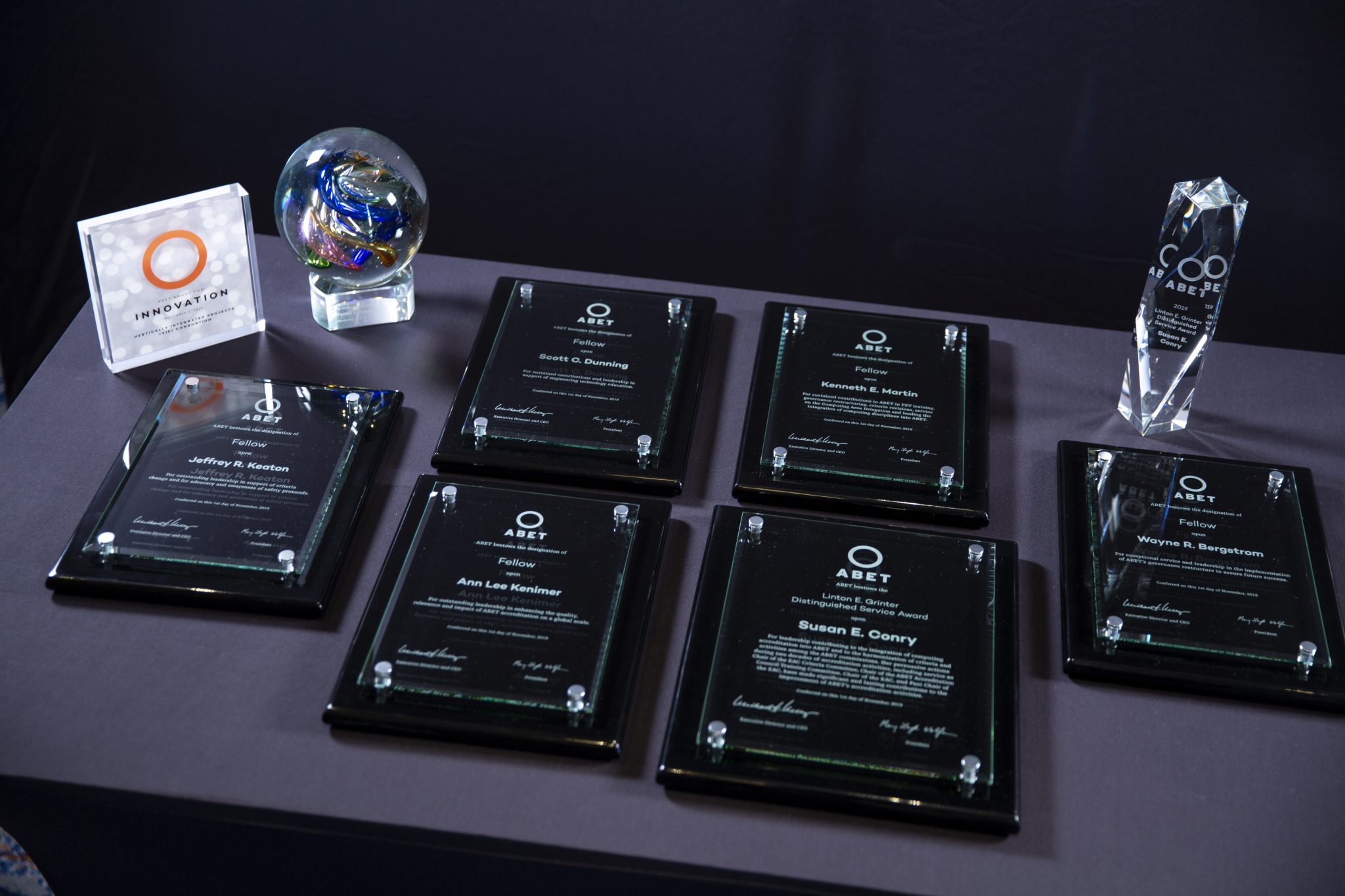 Every ABET Expert promotes confidence in technical education. But those who truly embrace the power of our work and have a clear impact are named ABET Fellows.

The distinction of ABET Fellow is an honor that recognizes individuals that surpass normal expectation by dedicating notable time and effort to achieving our endeavors. 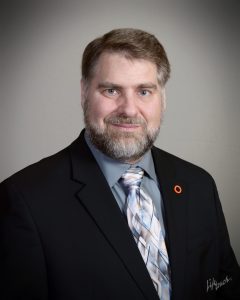 For sustained contributions focused on harmonization across commissions through service as a commissioner for both computing and engineering commissions as well as for service on the Accreditation Council Training Committee.

Estell has been an ABET Expert since 2010, starting as a Program Evaluator (PEV) for both Computer Engineering and Computer Science. He served as a CAC Commissioner from 2013 to 2021, including being on the CAC Executive Committee from 2016-19, and commenced serving as an EAC Commissioner in 2021. He has been on the Accreditation Council Training Committee since 2016, including serving as the PEV Training Subcommittee Chair since 2018. Estell has also been a regular presenter at the ABET Symposium since 2003, being an invited speaker on several occasions.

Estell has served in leadership roles in other professional societies. He is a Fellow of the American Society for Engineering Education (ASEE) and currently sits on its Board of Directors. Prior service includes being chair of the ASEE Computers in Education and First-Year Programs Divisions. Estell is also a founding member and vice president of the Pledge of the Computing Professional. 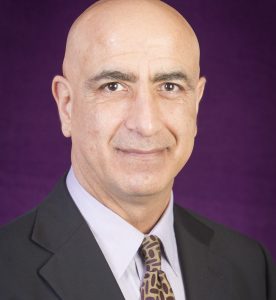 For outstanding leadership in the expansion of ANSAC’s accreditation to include natural science and innovation in creating the partially virtual visit protocol.

Hamid Fonooni is currently serving as the director of the Ergonomics Program in Occupational Health Services at the University of California-Davis. Prior to his appointment at UC Davis, he served as the director of Master of Science in Occupational Safety at East Carolina University, Greenville, North Carolina for 10 years, and from 1995-2006, he served as the director of Master of Environmental Health and Safety Program at the University of Minnesota Duluth. He has 22 years of experience working in academia, plus 13 years of industrial experience, which includes eight years working as a senior ergonomics engineer for the Ohio Division of Safety and Hygiene serving industries in Northwest Ohio. In addition, he has provided consultation in the areas of ergonomics, process improvement and risk management to industries in Northern Minnesota and Eastern North Carolina.

Fonooni received his doctoral and master’s degrees in Mechanical Engineering from University of Cincinnati and his undergrad degree in Mechanical Engineering Technology from Indiana State University. He has published numerous articles, book chapters, papers and technical reports related to occupational ergonomics, biomechanics and occupational safety. 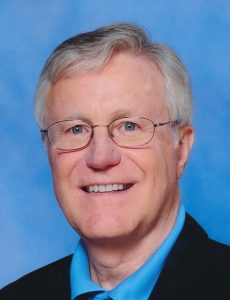 For outstanding leadership in accreditation by leading a five-year effort to update general and program criteria, thereby reducing program assessment burden and increasing the value of continuous improvement efforts.

Thomas M. Hall, Jr. graduated from the United States Military Academy in 1969 and served on active duty in the U.S. Army for 26 years, retiring as a colonel. He then taught at Northwestern State University (NSU) of Louisiana for 17 years, including 10 years as department head.

Hall’s experience with ABET spans more than 20 years — from gaining initial accreditation for two programs at NSU to chairing ETAC. Tom led the ETAC criteria committee for the major revisions of Criteria 3 and 5 and initialized significant changes to the program criteria template. He is recognized within ETAC for his expertise on accrediting online and hybrid programs. He chaired ETAC during the pandemic, which temporarily, but significantly, changed the conduct of accreditation reviews and commission meetings. Tom was selected as Professor Emeritus of NSU. He was named a Fellow of the American Society for Engineering Education (ASEE) and received the James H. McGraw Award. 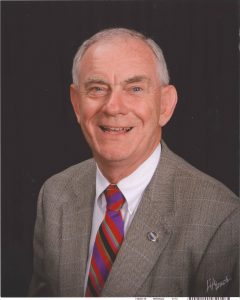 For sustained contributions in bringing practitioner and academic perspectives to ABET governance deliberations, and leadership in bringing values of diversity, equity and inclusion into ABET culture.

John H. Koon has an appointment as a professor of practice in the Environmental Engineering program at Georgia Institute of Technology and is president of John H Koon & Associates, from which he does environmental engineering consulting work. Prior to his tenure at Georgia Tech he was a practitioner, working mostly as an officer in national/global engineering firms. His work included working with industries, the military and municipalities on the treatment of industrial wastewaters. 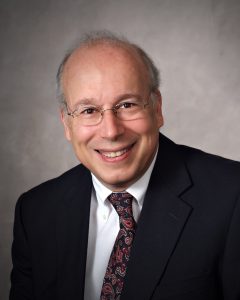 For sustained contributions to training, incorporating the computer science model curriculum into ABET criteria, and leadership in transitioning to virtual visits.

Laxer is a senior member of ACM, a life senior member of IEEE, and a member of ASEE. He has held numerous leadership roles with ACM’s SIGCSE, ITiCSE, and CompEd conferences. He has served on the Education Committee of SIGGRAPH, including a term as chair of the computer science curriculum subcommittee. Laxer has served as a volunteer for ABET for almost 20 years, rising through the ranks as a Program Evaluator, Team Chair, Commissioner, and ExCom member. He currently serves as Chair of the Computing Accreditation Commission (CAC) of ABET. At Rose-Hulman, Laxer serves as the chapter adviser for the Rose Tech Chapter of Triangle Fraternity. For relaxation, Cary enjoys traveling, reading, the theatre, dark chocolate and a glass of good wine.

Fellow award winners will be recognized at the 2020 ABET Awards program in the fall of 2021. Fellows will also be featured on our website and social media pages, as well as recognized in a press release.

The ABET Fellow Award, like all other ABET Awards, is given to a nominee selected by his or her peers. To learn more about the process and criteria involved, or to nominate one of your peers, please review our nomination kit. The deadline for nominations is April 20, and only complete nominations with references will be accepted.